Objectives: The study was planned to determine whether serum calcium, phosphate and alkaline phosphatase (ALP) are predictors of bone mineral density (BMD) in postmenopausal non-osteoporotic, osteopenic, and osteoporotic females.

Methods: In this cross sectional study, conducted at Shaikh Zayed Hospital, Lahore in the year 2014-2015, postmenopausal females between 50-70 years of age were taken and divided into three groups non-osteoporotic (n=52), osteopenic (n=69) and osteoporotic (n=47). Serum ALP, phosphate and calcium were used in a stepwise multiple regression analysis to predict T-score in these groups.

Results: In normal postmenopausal females, the prediction model was statistically significant, F(2, 41) = 6.041, p < 0.05 and showed a T-score variance of 22%. T-score was primarily predicted by higher levels of phosphate and calcium. In postmenopausal osteopenic females, T-score was only predicted by lower levels of ALP. The model was statistically significant, F(1, 59) = 4.995, p < 0.05, and accounted for approximately 7% of the variance of T-score. In postmenopausal osteoporotic females, the prediction model contained no predictors. 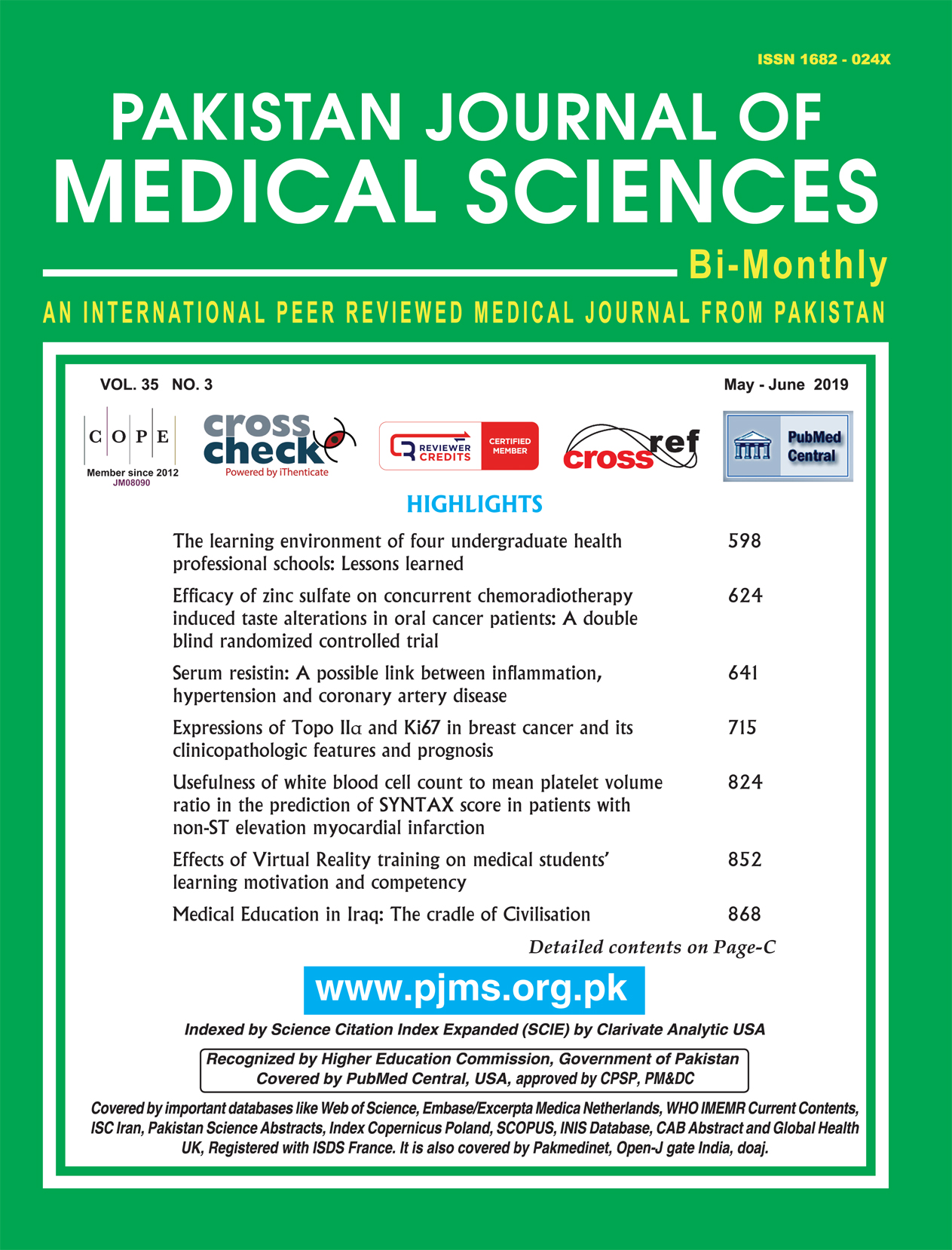